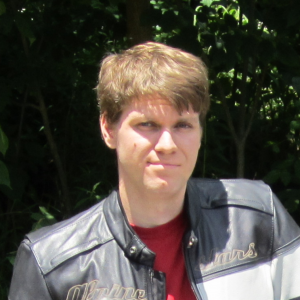 Sometimes it can be helpful to alter the functionality of a native program. This is often achieved through function hooks. These hooks come in a few different flavors depending on how they are installed. For this post we'll be focusing on "inline" hooks and describe how they can be installed to replace a native function (likely written in C) with a Python implementation. The steps to achieve this are as follows:

For this tutorial, we'll install a simple hook to replace the user32!GetClipboardData with a Python implementation that will simply display a message box. This function is ideal because it can be triggered on demand by a user by trying to paste (Ctrl+V) into the process's window. Since Python and the hook will need to exist in the target process, we'll be using the Mayhem project's Python Injector tool to run the script in a target process.

An inline hook is installed by overwriting the first few instructions of the target function with a long jump. These first instructions that are overwritten are often the function's preamble. In 32-bit Windows it's often:

The first instruction mov edi, edi is a NOP (no operation) instruction used to reserve two bytes for hot patching. The next two backup ebp before moving esp into it for referencing arguments passed on the stack.

Inline hooks are relatively simple to install in comparison to table based hooks such as Import Address Table (IAT) hooks that require a lot of parsing logic. An inline hook only requires the installer to know the location of the function, which in the case of user32!GetClipboardData is as simple as resolving it using the traditional kernel32!GetModuleHandle / kernel32!GetProcAddress combination.

Once the address is known a push eax followed by a jmp eax instruction can be written over the functions preamble to call the hook. The EAX register is ideal for use for the following reasons:

The reason we want to jump instead of calling the hook is that a jump instruction will not modify the stack. This allows the hook to simply return to the caller directly. In this scenario the original function which is hooked is never fully executed, and it's functionality is effectively replaced. While inline hooks are easy to install, for this reason they are not particularly well suited for scenarios where the user may want to alter the original functionality.

It's simple to assembly a single instruction to move a DWORD (for x86) or QWORD (for x64) into a specific register. In Python, use the struct module to pack the address value in little-endian order and concatenate it with the other assembled instruction bytes.

For testing the user32!GetClipboardData function the user can attempt to paste data into the target application using Ctrl+V. Once the paste keyboard combination is used, the replacement function should display a window and no data should be pasted since the original function was replaced.

A complete example of an injectable script is available in the examples directory of the Mayhem project.